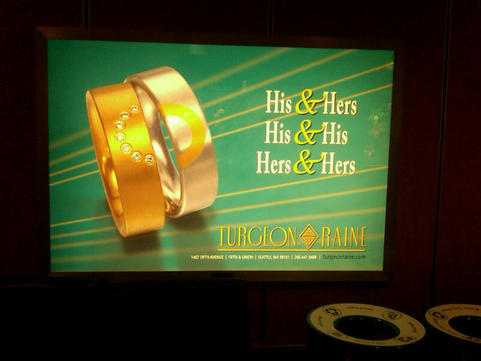 Wedding Rings in the Seattle Airport

Same-Sex Marriage in the Montana Synod

In October of 2014 the ban on same-sex marriage was overturned in Wyoming.  On November 20, 2014, a judge in Montana will decide whether to overturn Montana’s ban.

I am encouraging Montana Synod pastors and congregations to be aware of the changing legal  scene, and to be prepared.  In 2009 the ELCA decided that congregations may make decisions on same-gender marriage in accordance with state law.

In September of 2014 the Montana Synod had a Convocation for Rostered Leaders addressing the issues involved in same-sex marriage.  In October I sent out a Pastoral Letter on the same issue.

Congregations do not have to do anything.  But considering the possibilities may lower anxiety in a congregations and facilitate communication.

In this section of the Montana Synod website you will find some resources that may help in your conversations and deliberations.

+Some possible options for congregations

+Some questions and answered that have surfaced since the Pastoral Letter went out.

+A link to some of the presentations at the Convocation.

We will update this site from time to time. The articles following will be presented with a brief introduction and the entire articles are available to download by clicking the link in their titles.

In late 2014, same-sex marriage became legal in both Wyoming and Montana.  And in June of 2015, the Supreme Court made it legal in all of the United States.  Nothing has changed for people in Montana or Wyoming since last year.  But the highly-publicized Supreme Court decision and reactions around the country have brought the issue forward again for many people.

It is important to distinguish between church and state.  The Supreme Court ruling means that states may not discriminate.  That is now the law.  But the First Amendment is still in effect in the US.  Neither the courts nor the states can force congregations to perform or host weddings for anyone.  All the ruling means is that states can no longer refuse to grant licenses to same-sex couples.  It does not force churches to do anything.

But since the issue is in the news again, some congregations are wondering what they might do in response. I have been asked what is happening in other states, particularly where same-sex marriage has been legal longer.  I have consulted with colleagues in other synods, and thank them for their input. Here are some options that congregations have adopted:

Congregation A: has had respectful, intentional conversations at their Council meeting.  Result:  We will allow for same-sex weddings both inside our building and off-site, as the pastor sees fit.

Congregation B: We will not allow for same-sex weddings in our congregation.  The pastor is unwilling, and that ends the discussion.

Congregation C: We will do what we have always done here—we will leave the decision of who to marry to the discernment of our pastors.  We have never demanded names of couples who desire to be married to come to the Council, and we don’t intend to start doing it.  We’ll have a congregational forum for further discussion.

Congregation D: We consider ourselves to be a congregation where differences of opinion are welcome.  We will continue to allow our pastor to make decisions on weddings on site or off-site.

Congregation G:  No, in our building.  OK if off-site.

Congregation H: Do nothing and hope it all goes away.

Congregation I:  Set a date to begin discussion.

There are no doubt many other options.  And what your congregation decides now does not have to be forever.  Do what you do with intentionality and integrity, don’t trample on anyone, and remember to leave room for the Holy Spirit.

It was an honor to be able to say something about the Lutheran Church in Sweden, in which I was ordained and served my first call. Later  I was being all enthusiastic beginning my first call in the USA and about to learn how things are done here. At that point I assumed that the interest was mutual when it comes to  how things are done in other parts of the world, but I was quickly cut down with, “We are not in Sweden.” and  “We don’t care”. So I am particularly appreciative of Bishop Crist’s interest today...