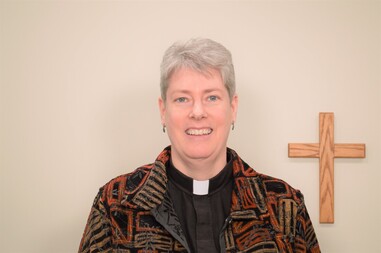 shop Laurie Jungling has been continually surprised by God’s plan for her life. Like many people, it was not the plan that she expected.
Jungling was born and raised in Great Falls, MT and baptized and confirmed in the Lutheran church. “The biggest influence in my faith life at an early age was Sharon Weaver’s choir school,” Jungling said. “It was a big deal back then. We would put on performances, sing regularly and put on plays.”
Although she liked choir school and attended church with her family, Jungling had no thoughts of going into ordained ministry when she left home. She attended Montana State University in Bozeman, starting out as a computer science major but quickly switching to social and criminal justice. “I thought I wanted to be a spy,” she said.
After college, Jungling joined the military, hoping to go into military intelligence. She finished basic training and most of OCS before becoming injured. “This was at the time the Berlin Wall fell and they were going to cut back on troops,” Jungling said. The cutbacks provided the opportunity to leave the military so Laurie did, but not with a sense of disappointment. Instead, she was filled with questions. During her stint in the military, Jungling attended a bible study and went to chapel regularly and she’d begun feeling a sense of call to be a pastor. She couldn’t explain the feeling and decided to talk to the chaplain about this perceived sense of call. The chaplain, however, told her she couldn’t become a pastor and when she asked why not, he said it was because she was a woman. 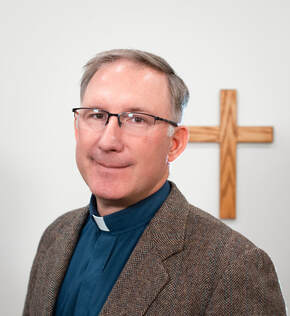 Associate to the Bishop:  Reverend Jason Asselstine
The Reverand Jason Asselstine was ordained in 2004 and has served congregations in Northern Minnesota and Choteau, Montana before receiving a call to the Montana Synod staff beginning in 2014. Jason works in the areas of mobility, youth and serves as the director of the Lay Pastoral Associate program. He is responsible for the Montana Synod Nominating Committee and oversees First Call Theological Education.
He traveled with Youth Encounter on a Captive Free team playing guitar and bass and attended Northern Arizona University in Flagstaff with a degree in Sociology, Family Studies and Psychology. He graduated with his Master of Divinity from Trinity Lutheran Seminary in Columbus, Ohio and has training in Family Systems Theory through the ELCA Systems Academy.
Jason is married to Jennifer and together they have two children, Daniel and Taylor. As a family they enjoy traveling whenever possible and exploring new places and meeting people. They live in Choteau, where they are involved in many community and social activities through church and 4H.
Jason is a life-long Lutheran and an avid outdoorsman. His first education came from the time he spent as a youth wandering the rolling hills in central California. Ever since that time he has enjoyed a deep sense of connection with God through creation. He is passionate about sharing the love God has for us and exploring the new things God is doing in the world. He enjoys using words like “intentional,” “authentic,” and “beautiful,” and is a mixture of MacGyver, Tim the Tool man and Norman Maclean (A River Runs Through it). He loves people and the Church and cannot wait to see what heaven is like. 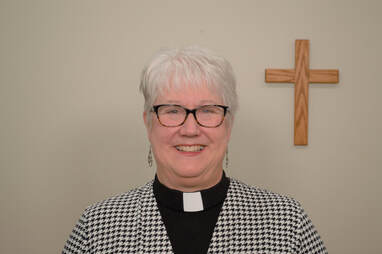 Director for Evangelical Mission (DEM):  Pastor Peggy Paugh Leuzinger
Pastor Peggy Paugh Leuzinger serves on behalf of the ELCA as a part of the Montana Synod staff in areas of stewardship, mission support, ministry development/redevelopment, and working with the Montana Synod Vitality Team.
Peggy grew up in the Bozeman area and graduated from Pacific Lutheran University and Luther Seminary. She has served rural and small town congregations in Montana along with her husband Steve. She also served two congregations in the SW MN Synod prior to returning to Montana in 2000. She currently lives in Livingston and Great Falls as she serves as the DEM.

Peggy served as Synod Secretary for the Montana Synod for 11 years.  She has also served as liaison to our companion synod, the Cape Orange Diocese in South Africa.
Peggy is excited to be working with congregations and leaders across the synod, deepening relationships and strengthening ministry. She values relationships and works to live out the definition of Congregational Vitality in the ELCA to help congregations be "communities of Jesus where there are life-changing relationships with God, one another and the world." She is certified as an ELCA Coach and has completed training in Community Organization.
Peggy and her husband Steve are parents of young adult sons: Trevor, currently in a Masters program in Public Policy at Brandeis University in the Boston area, and Ethan, completing his degree in finance at Ithaca College in upstate New York. Peggy enjoys her dog, Sheena, live theater, travel, and is grateful for this opportunity to serve the Montana Synod.

Office Manager: Candi Standall
Candi has over 25 years of administrative support experience with state government and private non-profits in human services programs.  Most recently, she worked as an administrative assistant with Child and Family Services in Great Falls. In Helena, Candi worked with the Office of Public Instruction, the Department of Labor and Industry, and Rocky Mountain Development Council.  Candi was born in Butte and spent most of her life in Helena, moving to Great Falls in 2018 to be closer to her grandchildren.  She is a single grandparent raising her 8-year-old grandson, whom she’s had since he was 19 months old.  Candi has three grown children and five grandchildren. She is very grateful for the opportunity that God has given her to do his work with the Montana Synod. 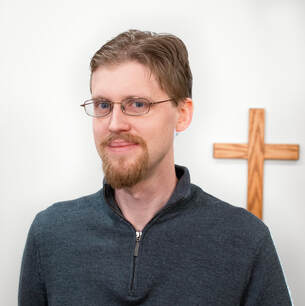 Director of Technology and Communication: Colter McCarty
​Colter is a Deacon candidate and lifelong member of Bethel Lutheran in Great Falls; where he also served as the High School Youth Director for 6 years. His position embraces the Synod benchmarks of Support Congregations and Meet the Future Boldly and is available to every congregation in Montana and Northern Wyoming for tech support and consultation. He has also recently partnered with the the Synod's theological education branch, the Northern Rockies Institute of Theology, helping to produce and develop new digital education opportunities for pastors and lay people alike. 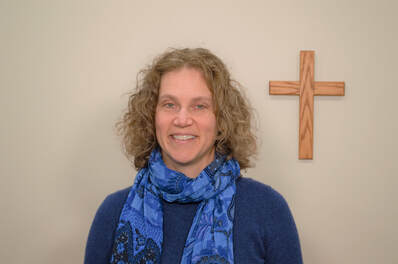 Director of the Northern Rockies Institute of Theology (NRIT):  Jenny Kunka
​Jenny is grateful for the opportunity to serve NRIT for the past 11 years.  Jenny lives in Great Falls with her husband, Mike and sons, Jonah and Ethan. NRIT is the continuing education and lifelong learning ministry of the Montana Synod. ​ 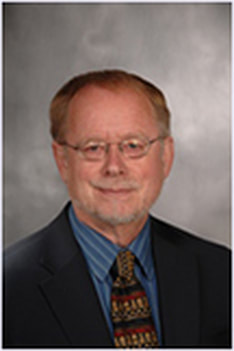 Staff Person for Candidacy: Robert Quam
​Robert works with the Bishop and the Synod Candidacy Committee in the ELCA process of identifying, shepherding, and approving ministerial leaders. He has previously been part of the pastoral staff for congregations in North Dakota (Watford City), and in Billings (Atonement, Peace).
From 1975 through 2013 he served as pastor and director for Christikon. He continues to reside in Billings, with Taurlin, his Schnauzer. He grew up at Frazer, Montana, attended college at Concordia College (Moorhead), and studied at Yale Divinity School and Luther Seminary. He has served on the board of the ELCA Division for Ministry, as member and chair of the Montana Synod and Region 1 Candidacy Committees, and on the board of Pacific Lutheran Theological Seminary.
He currently is on the Board of Regents of his alma mater, and treasurer and board member for the Absaroka Beartooth Wilderness Foundation.